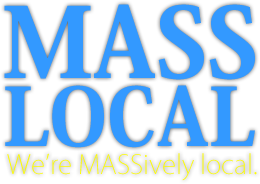 Wayland Community Pool 2019
When: Aug 14, 2019 12am to Aug 9, 2020 12am in Wayland, MA
A Wildness Distant from Ourselves: Art and Ecology in 19th-Century America
??"It is in vain to dream of a wildness distant from ourselves. There is none such." - Henry David Thoreau, Journal IX, 1856 Henry David Thoreau's midcentury clarion call offers a concise distillation of a prevailing, paradoxical, European American conception of the environment as other, a foil for the reason and civility of man, at times an adversary, at others an asset. From the Puritans' 17th century "errand into the wilderness" to the present, the dichotomy between man and nature has defined the European American experience in the "New World." Focusing on the 19th century, an era that witnessed both the extreme and violent exploitation of the land and its peoples and the birth of a modern conservation movement, this exhibition will unfold chronologically and move from New England to the West. Paintings, works on paper, sculptures, photographs, and decorative arts by artists both familiar and unknown from the Addison's collection will enter into dialogue with a selection of objects from the Robert S. Peabody Institute of Archaeology and compelling natural history specimens generously lent by the Academy of Natural Sciences of Drexel University to bear witness to the complex histories and persistent impacts of the 19th-century European American relationship with the natural world.?

When: Sep 1, 2019 12am to Jul 31, 2020 12am in Andover, MA
Adventure Guides - Plymouth YMCA
When: Sep 1, 2019 12am to Jul 26, 2020 12am in Plymouth, MA
Windows Invitational: Alexandria Smith, Seed to Harvest
The Windows Invitational engages artists in transforming the dramatic floor-to-ceiling windows that articulate the lobby and courtyard plaza of our signature Rafael Moneo building. The third commission in the series is by Alexandria Smith, head of painting at the Royal College of Art in London, formerly assistant professor of painting at Wellesley College. Smith's Seed to Harvest foregrounds portraits of Wellesley's first African American graduates and borrows its title from the "Patternist" series of novels by Octavia Butler, stories that explore themes of science fiction, humanity, and the ethical and unethical uses of power. Rendering with hand-drawn and computer techniques, Smith embellishes original photographic portraits of five alumnae: Dr. Harriett Alleyne Rice (Class of 1887), Ethel M. Caution-Davis (Class of 1912), Katherine Naomi Robinson (Class of 1922), Clarissa Scott Delany (Class of 1923), and Jane Bolin (Class of 1928). She adds symbolic elements derived from her own visual vocabulary and from quilt patterns used to convey messages along the Underground Railroad (there were two stops in the town of Wellesley) to create the unique crests that adorn each with an honorific flourish. Curated by Lisa Fischman, Ruth Gordon Shapiro '37 Director. The windows will be on display until August 2020. For more information, please contact: 781-283-2051 Generously supported by: Wellesley's Friends of Art at the Davis